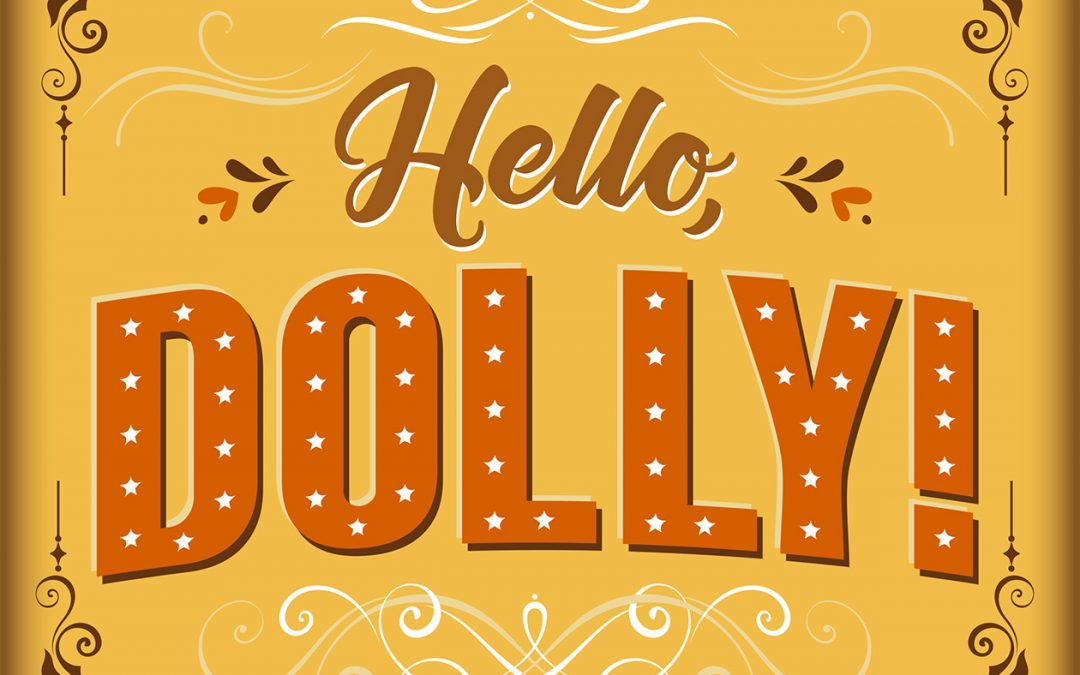 “Dolly don’t ever go away again,” is a famous lyric from the title track of “Hello Dolly!” But right now, you only have a few weeks to see “Dolly” onstage at the Plaza Theatre before she does indeed go away, so you’d better hurry!

Most people, if not familiar with the overall story of this famous musical, are at least acquainted with the classic songs associated with it. “Put On Your Sunday Clothes” and “It Only Takes A Moment” are pinnacles of musical theatre, and it’s great fun to see these songs performed onstage by our wonderful local performers. A production of this scale must have been undoubtedly daunting for the cast and crew to undertake, but they perform splendidly. 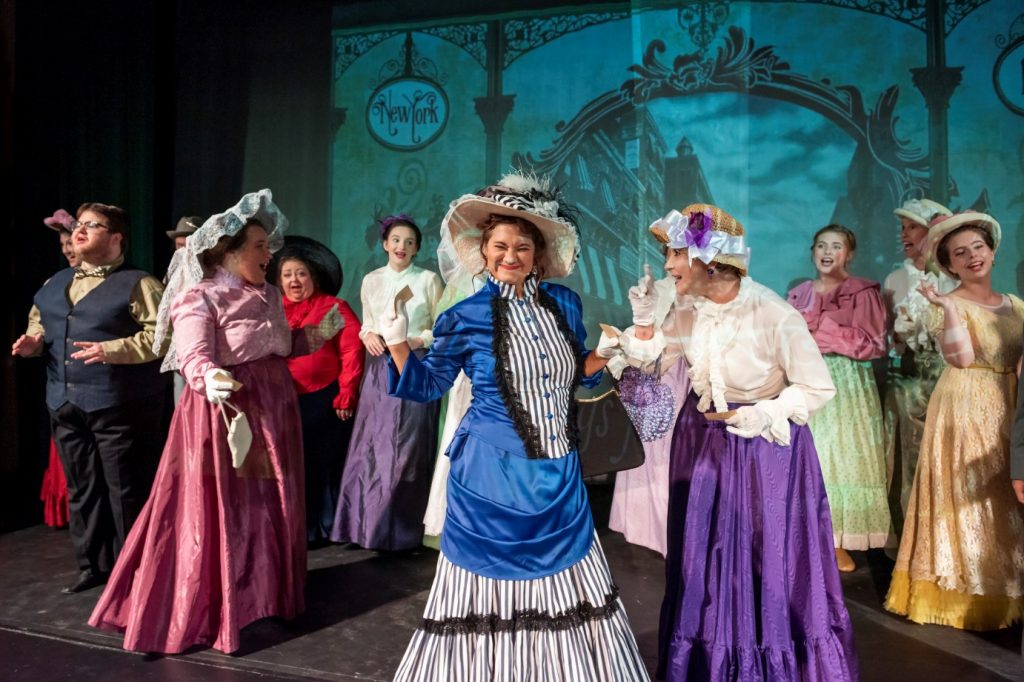 This is one of the larger ensemble casts that we have ever seen at the Plaza, and at times the entire stage is buzzing with energy from their collective performances. The pluckiness and charm of the cast is infectious, and they’ll have you tapping your foot to numbers such as “Before the Parade Passes By” and “Elegance” before you even know what hit you. The directors make use of many of their players in multiple roles to great success.

The humor lands in the right spots, thanks greatly in part to the lead actors. Matthew Graff and Donovan Carroll have a great comedic dynamic as Cornelius and Barnaby, and the duo of Melody Jenkins and Lauren Orsak are equal parts funny and charming as Irene and Minnie Fay. Darin Mielke’s delightfully uptight and restrictive Horace Vandergelder is also a bright point in the play. And as for titular Dolly herself, Katrese Skinner brings all the winking charisma and busy-body moxie that the role requires and then some. 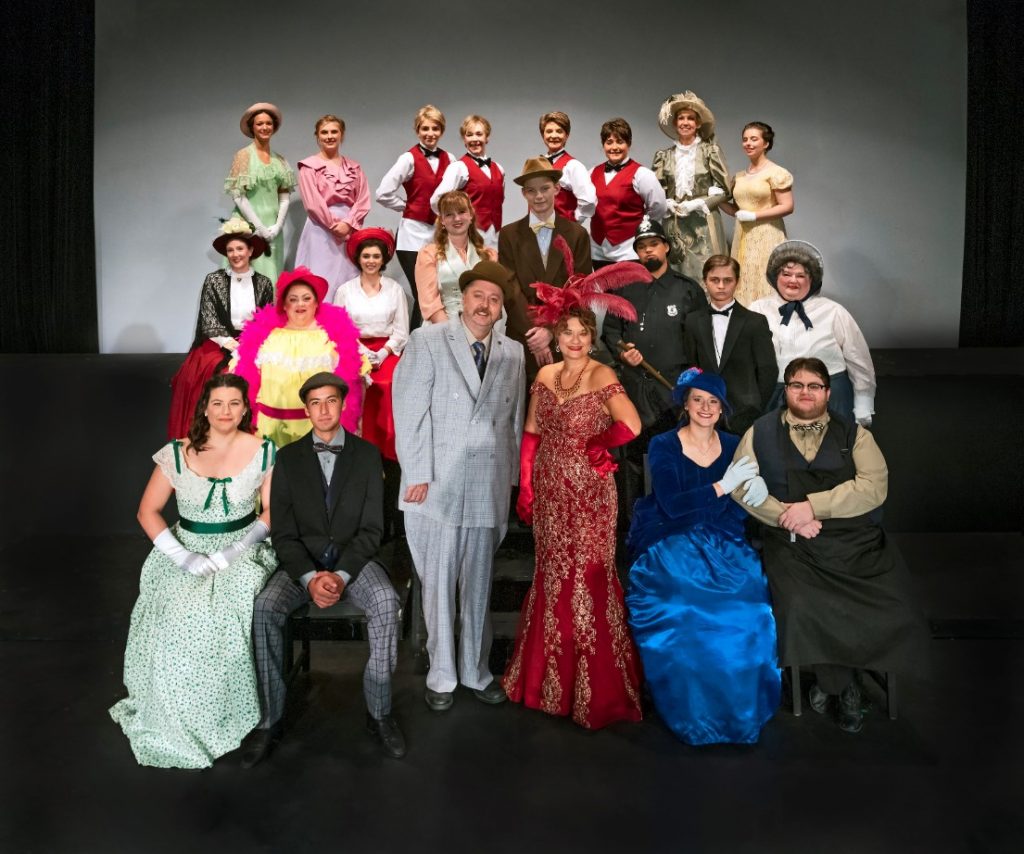 The stage itself is well utilized, employing a mix of physical changes as well as projected backgrounds throughout the show. The set dressing really puts you in the spirit of late 1800s New York. Much attention to detail has also been given to the costuming, which is appropriately colorful and at times flashy, especially when it comes to Dolly’s wardrobe.

Overall, if you’re looking for a great night out, then “Hello Dolly!” at the Plaza Theatre is the place to be. With last year’s pandemic putting many Hollywood productions on hold, there aren’t a lot of great movie selections to choose from this summer. Why not stop in and support your local theatre? There’s nothing like a live performance, especially one this fun. “Hello Dolly!” is being performed at the Plaza Theatre from July 30 to August 15.