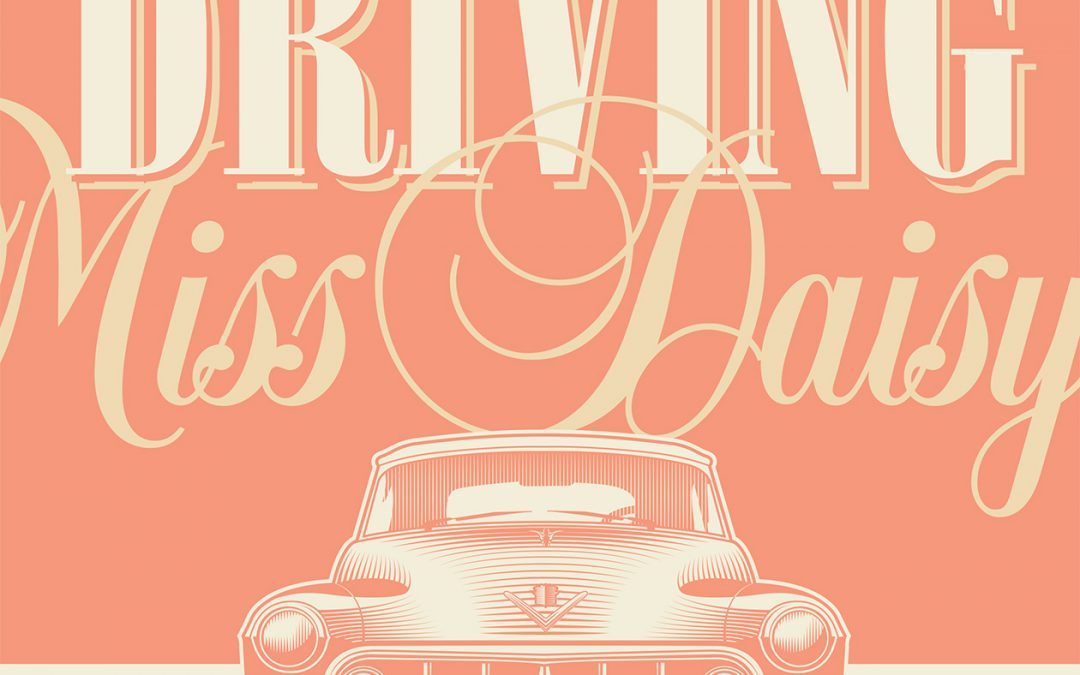 You may have heard of the movie called “Driving Miss Daisy” from 1989 starring Morgan Freeman, but did you know that it actually first appeared as a play? Written by American playwright Alfred Uhry, it debuted on the off-broadway stage in 1987. This powerful story set in pre-civil rights Atlanta was actually based on the real-life experiences of Uhry’s southern Jewish grandmother whose son decided she needed a chauffeur after crashing her car at the age of 72. The story takes us on a 25-year journey, beginning in 1948, as a southern white lady and her black driver become friends in spite of a rocky start and a deep racial divide within American culture.

This Plaza presentation, directed by Russell Kacer, is heartwarming and insightful. It stars Kathy Johse as Daisy Werthan, Adraylle Watson as Hoke Coleburn, and Kodi James as Daisy’s adult son.

This play is dense with dialogue, especially for only three performers, but each of these actors carries their weight well. Despite the occasional slip of the line here and there, they take on the deep southern Georgia accent with great skill. Something else of note is that Hoke’s language within the story gives insight into the poor southern black man’s plight in the early 20th century. It’s a snapshot of the African American culture of the time, and as the viewer you will instantly understand that his background is one of struggle and lack of opportunity for an education. Watson slips into his character’s dialogue style with an ease and skill that make his character feel very real. Also worth noting is that this is Adraylle Watson’s debut performance, and he already feels at home on stage!

The story is filled with comedic moments such as when Hoke repeatedly says, “You is rich, Miss Daisy!”, which sends her into conniption fits every time. At one point Daisy, who is not yet sold on the idea of Hoke driving her, does an impersonation of him, which is pure gold. You can tell that Kathy Johse is very comfortable with this role, and her comedic timing is great. The frustrated adult son, Boolie, is another hilarious element of the story. In fact, Kodi James’ portrayal of the jaded middle-aged southern gentleman character is so spot on you would be surprised to hear that he is actually only 20-years-old!

The most compelling element of this story is the profound way it addresses issues of race in early 20th century America. Through a series of scenes that jump through time we see the relationship between Daisy and Hoke as it unfolds over the years. When they first meet Daisy shows nothing but animosity toward Hoke, who meets her disagreeableness with patience and kindness, mainly because he needs the job and it pays well! As time passes Hoke slowly earns Daisy’s trust, and they become comfortable with each other. We also begin to see why Daisy is such a prickly person as we witness how constrained she feels by social expectations. This in turn affects how she treats Hoke. As time passes they grow closer through experiencing social changes such as the Civil Rights movement together, and in the end we see that Daisy’s word view has changed for the better because of knowing Hoke.

You’ll see other thematic elements powerfully woven throughout the story as well, such as how we treat others with a lower social status than our own, growing old and losing your independence, emotional and relational growth, and taking a journey both literally and metaphorically with a friend.

When it comes to stage effects, at first we weren’t sure if the projection screen behind the set was helping or hindering the performance. It seemed a little distracting in the beginning, but eventually it became apparent that it did help to enhance the mood and tone as well as setting of each scene, especially during the winter scene when you could see snow flurries in the background.

There were a few slip-ups with the audio effects during our performance, such as the car rumbling sound effect ending and restarting during one longer driving scene, and the phone continuing to ring after Boolie says, “Hello?”, but overall that wasn’t a huge negative for us.

You know that a performance was impactful when it’s still rolling around in your brain the next day, and even as we sit and contemplate this performance of “Driving Miss Daisy”, we are reminded of how these deep sometimes hard-to-discuss topics of our past need to explored and analyzed from a fresh perspective. Carl Sagan once said, “You have to know the past to understand the present”, and we think the story told in this performance is both powerful and relevant.

To see this thoughtful and heartwarming story, please make plans to attend “Driving Miss Daisy” at the Plaza Theatre from February 7-16. Performances are on Fridays and Saturdays at 7:30pm, Sundays at 2:30pm.